The
View from Initialized

This chart from the recruiting software company iCIMS really hits hard. Although it is not specifically about engineering jobs, it illustrates the state of the talent market where there’s a  growing gap between talent supply and hiring demand. 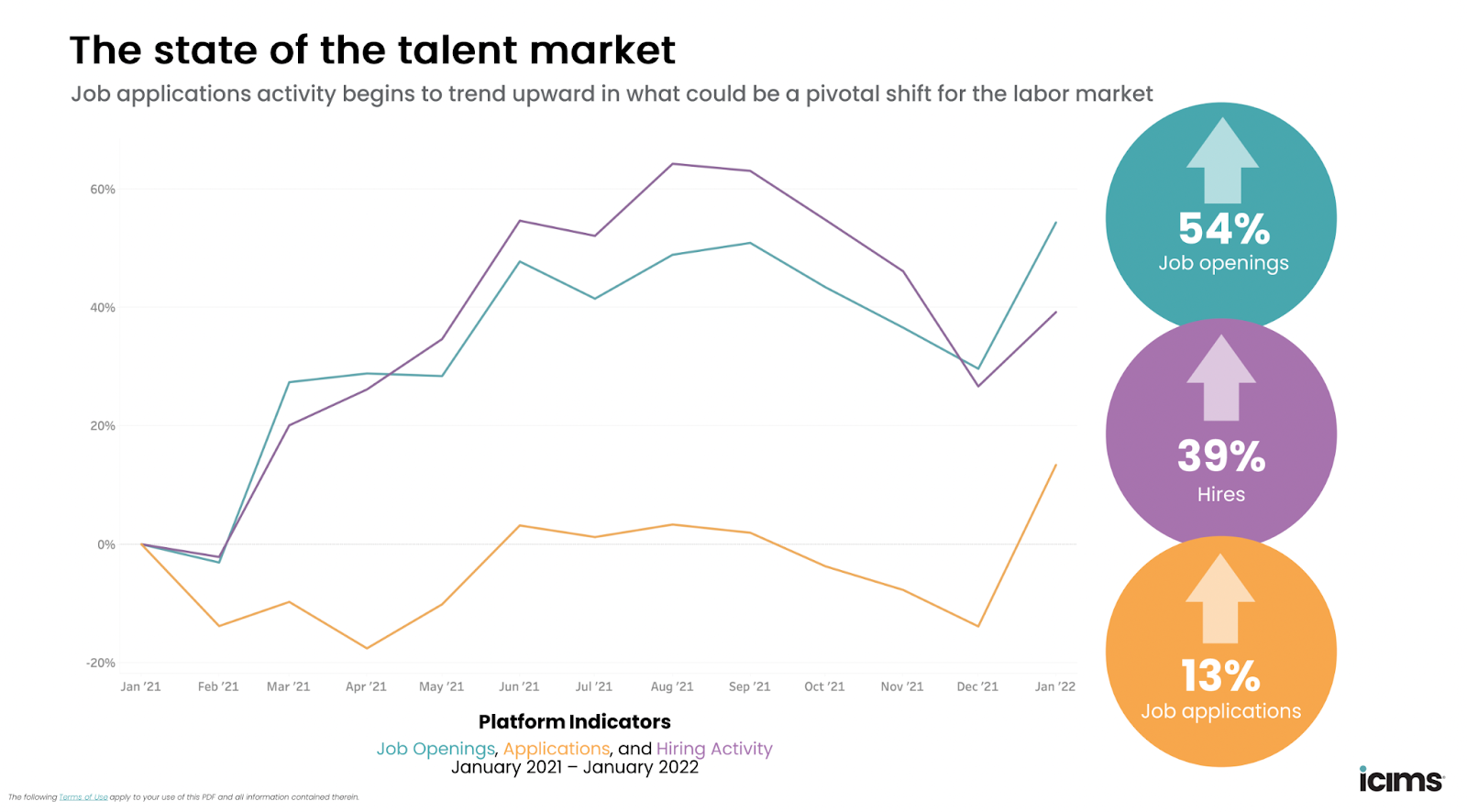 As a former founder and as part of my role at Initialized now as an investor, I can see the struggle from both sides. I remember looking for our first hire after finishing YC. Between myself and my cofounder’s, our network was large but we still hit brick walls trying to find that one person.

In a new YouTube video, I address some of the things that companies or startups should change to attract the best engineering talent in this distorted job market.

Get your expectations in order

The first thing is really just about getting your expectations in order when it comes to hiring engineers.

What does that mean?

Chances are, if you’re a software startup and you’ve just raised some money, you’re riding that high.

I hate to be that person, but what you don’t realize is you’re not uniquely special. Every talented engineer is also getting offers from companies that have also raised a bunch of money and have significantly more progress than you. So you have to be able to compete.

Prioritize the engineering traits that are important to you

The second thing is to really address the quality of the traits you want from an engineer. When I think of all the different qualities an engineer might have, I think of this graph below. I created it from my experience of hiring and working with founders. Candidates are usually evaluated by these traits: their potential, current skills, experience, culture fit, and communication.

Traditionally, most companies look for current skills, experience, and communication for senior roles. Culture fit, not so much. And then on the potential side, I would say probably close to flat. Most companies don’t put too much weight into the potential unless it’s for a junior role.

But now, the market is shifting. It is very competitive. Even Amazon, who traditionally paid 60% less than the market rate, has doubled their salary from $160,000 to $300K+ in cash. That’s crazy.

What’s even crazier is companies that traditionally only hire senior engineers are now considering hiring interns and mid-level and entry-level engineers.

My advice is to shift your focus away from “current skill” and “experience” and put more weight into a candidate’s potential.

Right now, you’re a startup, and you’re growing fast. You hope one day that you’re going to be some billion-dollar company that’s going to go public, get acquired, or change the world. But that’s your potential. You’re hoping to get there. And you want people to see you for your potential. So even when you raise money, your valuation is based on the potential of what you’re going to do. That’s what you really have to hire for right now as well. So you really need to be hiring for people who clear the bar technically and can deliver what you need in the near future.

Change how you interview

The interview process for engineers has been broken forever. I’ve been an engineer for the last 10 years, and I can honestly say everyone is just trying to be Google. Those brain-teaser questions really have nothing to do with your day-to-day job. I’ve never interviewed for a role that required me to understand these topics, yet I’ve still been asked these questions. And then, when I got that job, I’ve never worked on anything close to those topics. Those interviews are heavily based on what these companies think are good questions.

I want to make the processes as least stressful as possible for candidates because when people are stressed, they don’t perform that well. Right now, everyone is stressed to the max, and you don’t want to contribute to that and scare anyone away. How someone performs in a short interview while they are nervous and stressed out won’t give you a complete picture of this person’s ability to be effective at your company. It just tells you if they are good at interviewing or not.

How someone performs in a short interview while they are nervous and stressed out won’t give you a complete picture of this person’s ability to be effective at your company.

Instead, I think hiring managers should send questions ahead of time to candidates. I would go as far as to say maybe even shoot them some links on leads for research on said questions. Why? If you give them that prep time, they’ll come in with more confidence. They’ll show you how they research and how quickly they can learn. And that’s actually more realistic of what they’re going to do in a job. So you should really put them in an environment that’s close to, if not the same as the one you’re going to have them at the job. You can now compare all the candidates at their best.

I would personally like to see people change that interview process and get away from this whole brain-teaser Google thing that doesn’t make your company seem like some elite club of individuals who are really good at something. That’s not going to translate over to a billion-dollar valuation. It doesn’t work that way. You’re probably just going to be at the point where you’re looking for talent longer than you want to and potentially burn out before you can hire anyone.

Yes, this market is tough, and finding talent is more crucial and difficult than ever, but there is hope. As someone who is responsible for hiring engineering talent, you can help change this market for the better for parties on both sides.